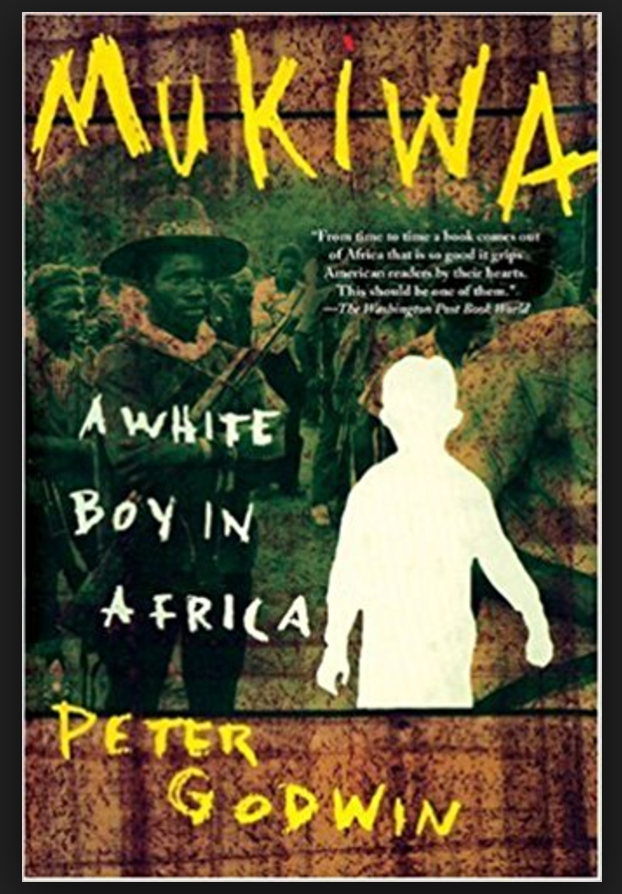 An awe-inspiring read about growing up white in Zimbabwe.

I very much enjoyed reading Peter Godwin’s Mukiwa. Though a memoir, this book reads like a novel. I found myself captivated by the plot, and had to constantly remind myself that what I was reading was an account of someone’s life. Peter Godwin’s writing style is superb and his recounting of events vivid and poignant.

As a black Zimbabwean who grew up in a small rural village in one of the tribal trust lands—as they were referred to in this book—the passages describing African rural life left me feeling nostalgic. I particularly loved the section where the author describes his visits to the Apostolic church with his nanny—I laughed and then I cried. In my mind, I could see a little six-year-old white boy in a grass-thatched hut in the middle of a sea of black faces—singing his heart out in worship. In these passages, Peter Godwin painted a tender scene that still brings a warm feeling to my heart when I remember it.

What was interesting for me is to realize that even though Peter Godwin and I grew up “on opposite sides”—him being part of the white privileged minority and me belonging to the poor black community—his descriptions of events and his feelings about them, in this book, are not that different from my own memories. The way he describes how whites saw and treated their black employees—the condescending looks, the derogatory language used, and the mocking of our traditions and customs—is the same way I would describe it, though perhaps not in such eloquent language.

I was also pleasantly surprised at Peter Godwin’s handling of passages that focused on African customs, traditions, and way of life. I very much appreciated that he limited his descriptions to what he saw, what he was told, and what he personally experienced, without trying to explain the meanings behind the customs and traditions to the reader. I have found that most times when an outsider tries to explain indigenous customs and beliefs, it is done in a way that leads to oversimplifications and mischaracterizations—or worse, mocking and demonizing anything that might be different from the writer’s own beliefs.

I agree with one review on this book that I came across a while ago that mentioned the lack of a clear timeline in the book. But, being a Zimbabwean, I found it easy to construct my own timeline on the basis of events described. As an example, the opening paragraph of the book sets the timeline as two years before the Rhodesian rebellion against the Queen, referring to the Unilateral Declaration of Independence in 1965, making the year referenced 1963. But I can see how this lack of a clear timeline could be confusing to someone not familiar with Zimbabwe’s history.

Of the book’s three sections—the boyhood years (Book One), the war years (Book 2), and the post-colonial years (Book Three)—my favorite section is Book One, simply because it describes the escapades of a young innocent boy. This could be any boy or girl—black or white, rich or poor. This section reminded me of the simplicity of life from a child’s perspective.

I found Mukiwa to be an incredible read. And I have no hesitation recommending it to others, especially those interested in an engaging book that provides a history of Zimbabwe up until the ‘80s. I give the book 5 stars.