The Grass is Singing by Doris Lessing 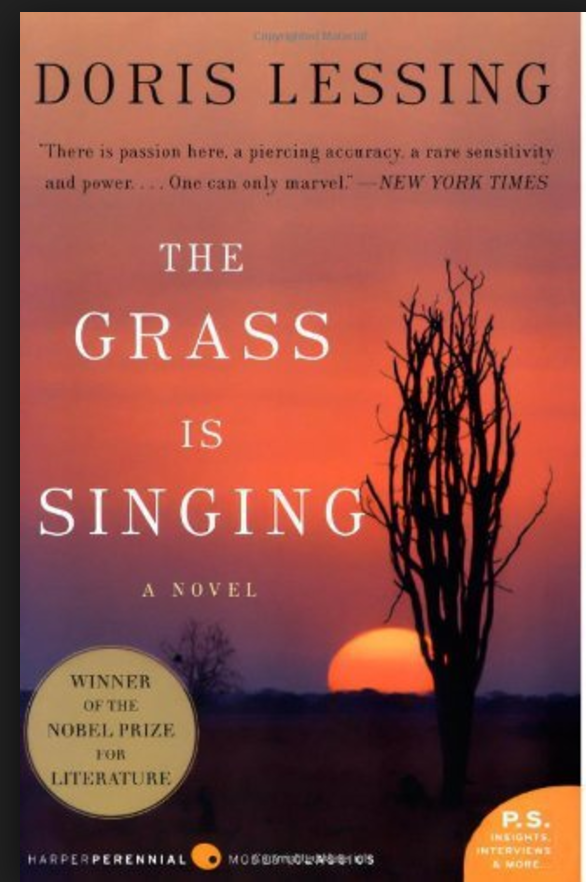 Doris Lessing’s The Grass is Singing tells an ageless story of characters moving through life in what I would call absolute unconsciousness. The portrayal of Mary and her husband Dick, white farmers in Southern Rhodesia, capture the era of white supremacy over indigenous Africans. Unfortunately, the attitudes of whites toward indigenous people portrayed in the book were once a reality in many parts of colonial Africa for a very long time. The author brings this aspect out in Mary’s hatred of the natives, as she refuses to even acknowledge their humanity or to think of them as members of the same human race with her.

Mary’s hatred of the natives is matched by her hatred of her husband who is portrayed as a weak and incompetent man with the mannerisms of an inept school boy. The portrayal of a complete lack of understanding and absence of compassion in Mary and Dick’s marriage is brilliant. The tension in the marriage is palpable. One wonders how the two survived such a torturous union for so many years without going insane—except the insanity was hidden below the surface, until it boiled over to end in the way the story ends.

I find Doris Lessing’s writing style captivating. I especially enjoyed the vivid descriptions of the views and the weather in the valleys of Southern Africa. I loved the way the sky, the forests, and the landscapes were described as if they had human qualities and feelings. It made me feel like I was there—a silent observer of the drama that was unfolding. I could clearly see the forest “… turning into vivid masses of reds, yellows, and russets—before the trees turned into solid masses of heavy green, …” as the summer rains came.

There was one point that confused me a little though in the book: and that is its setting. In some chapters, it seemed the book was set in South Africa, but in a few places, it referred to the Turner farm being in Southern Rhodesia, which would be modern day Zimbabwe. Perhaps I missed something here—I don’t know.

Overall, I found the book highly entertaining. Even though this book was written in the 1950s, I feel its essence—the dynamics of relationships—is still relevant in today’s world. I highly recommend this book to others. I give it 4 stars.