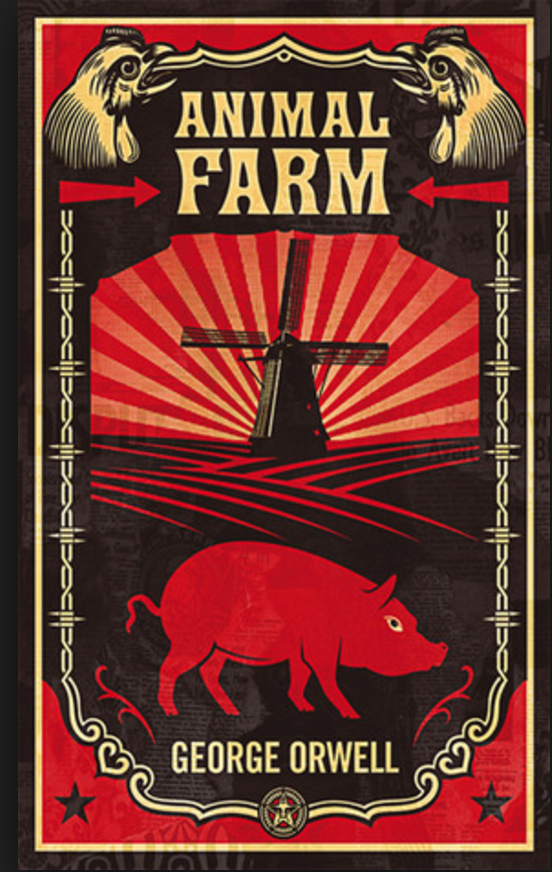 Like many people, I read Animal Farm as part of my high school curriculum and understood its meaning even at that young age. I just recently read it again—a few decades later—after I came across a review that made me want to revisit the story.

I was amazed at the feelings that I experienced as I read the book this time. To my surprise, they were the same feelings that I had experienced as a high school student. The simple message in the book was just as clear to me as it was that many years ago—as clear as it has always been to most people, I would imagine. The message is: beware of the follies of following power hungry leaders who come dressed as social liberators.

In Animal Farm, these liberators are represented by the pigs who led the animal revolution against their human owners to establish a farm for animals, run by animals. Most notably, are the seven commandments drafted and ratified by the animals soon after the revolution, including the famous “All animals are equal.” But almost right away, there is evidence that this was not followed—starting with the policy for reserving milk and apples for the pigs who immediately emerged as the ruling class, and culminating in the abolishing of six of the commandments, leaving only one—which only survived in a revised form. The sole remaining commandment on Animal Farm now read, “All animals are equal, but some animals are more equal than others.” The animals that are “more equal than others” are, of course, the ruling pigs.

George Orwell’s Animal Farm is an engaging and entertaining story. And his writing is clear and concise. There is no mistaking what the message of the book is. In fact, all scenes in the book are clearly directed at communicating this one compelling message, warning against blindly and unquestioningly following so called social liberators.

Yet, what is curious to me is the number of “Animal Farm”-type revolutions we see in the world, even today. We still see societies taken over by revolutionaries who start with the enticing “power to the people” speeches. They chant the “all animals are equal” slogans, and the masses rally behind that idealistic notion. But as soon as these liberators come into power, this slogan, almost invariably, is revised to read, “All animals are equal, but some animals are more equal than others”. Without wasting time, the revolutionaries consolidate power and turn countries into dictatorships, and they rule by coercion and terror. The ideals that drove the liberation struggle to give power to the people soon fall by the wayside. These are forgotten in the interests of the egos and huge appetites of the ruling class that emerges and amass wealth at the expense of the masses. The ordinary people starve while the rich fight over control of power to make sure they get a turn to plunder the wealth of their countries.

It seems to me there are a lot of us who read and understand the message of Animal Farm but somehow still behave like the Boxers, Clovers, and the rest of the animals—the hens, the ducks, the sheep—depicted in the book. We still blindly follow the revolutionaries, and still don’t protest when conditions change, when the revolutionaries come to power and start looking out for themselves—the ideals of the revolutions all but forgotten.

Animal Farm is a classic and will continue to be considered a classic for many generations to come. Perhaps they, the coming generations, are the ones who will practice what they learn from from the book.

I highly recommend this book to other readers, and give it an enthusiastic 5 stars.